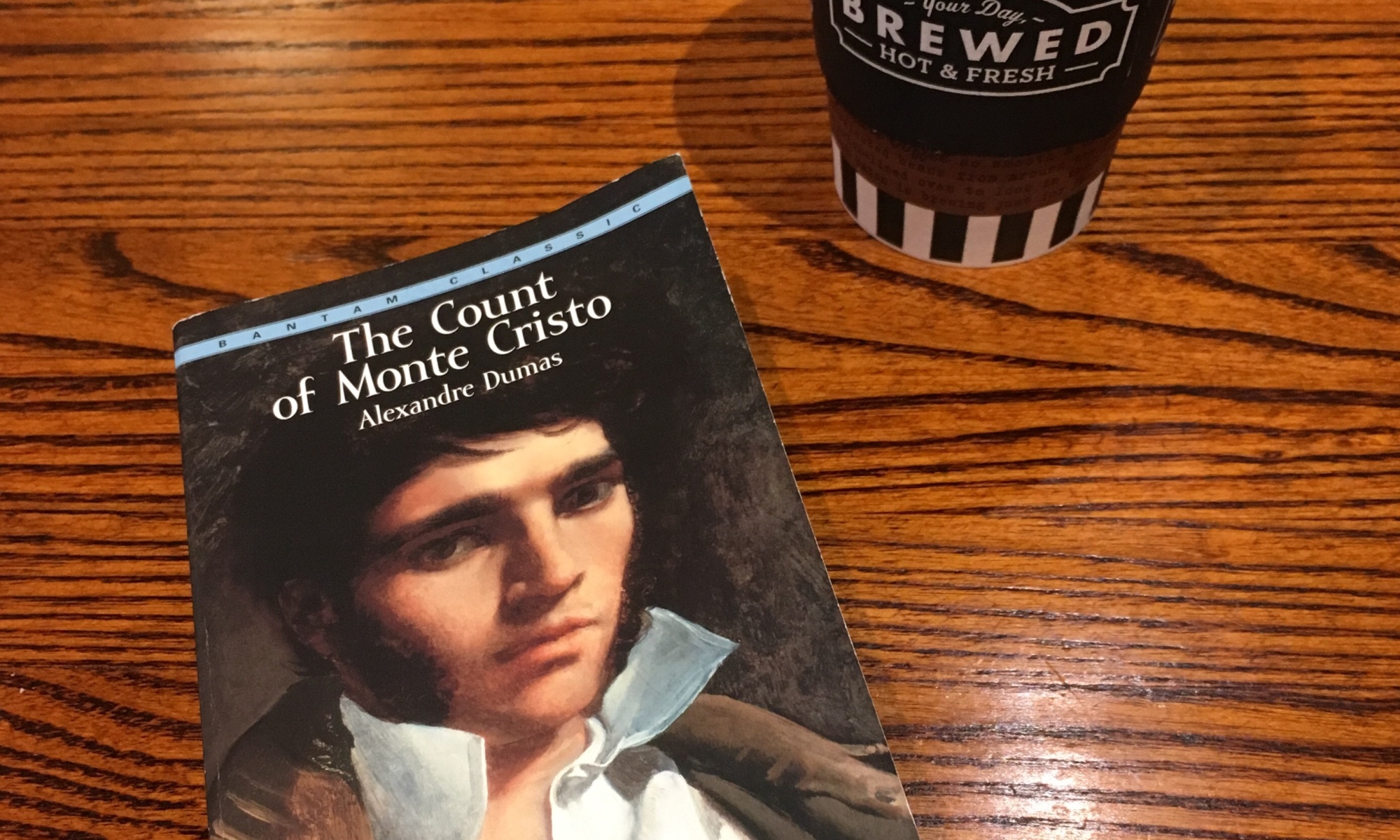 30 in 3 Book Challenge Update: The Count of Monte Cristo

The 30 in 3 Book Challenge continues! Slowly but surely, it continues.

I received a copy of The Count of Monte Cristo as a Christmas gift by a dear friend last year. Considering I’ve had started a couple novels already when I received Monte Cristo, this one had to wait a bit. Honestly, I wish I didn’t wait as this one of the most exciting stories from the 19th century that I have read (so far!).

The Count of Monte Cristo was in the mid-1840s by Alexandre Dumas, a French author. It was inspired by Jacques Peuchet’s 1838 story of a shoemaker falsely accused of a crime and sought revenge.

The Count of Monte Cristo tells the story of Edmond Dantes, the first mate of the Pharaon during the Bourbon Restoration period. He returned from sea to marry the love of his life, Mercedes. Unfortunately, his day is ruined when he is falsely accused of aiding Napoleon Bonaparte. He is arrested and imprisoned at the Chateau d’If, the gloomy prison off the coast of Marseilles. Six years later, he meets Abbe Faria, who makes Dantes clear his mind and think who would make him go through such a scandal. Realizing the true culprits, Fernand Mondego – a rival also in love with Mercedes, Danglas – an envious crewmate who wanted Dantes’ promotion, and de Villefort – the prosecutor who threw Dantes in prison without a trial to hide his connection to his father Nortier, the Bonapartist, Dantes seeks revenge. Abbe helps Dantes over the course of eight years, teaching him things on culture, languages, and science. Loving him like a son, Abbe tells Dantes about the secret treasure on the island of Monte Cristo. Dantes manages to escape after Abbe’s death in a burial sack, smuggles onto a ship and heads to the island to find the treasure.

Before heading to Paris, Dantes disguises himself as a couple different characters to see his old life in Marseilles. He helps out his old friend Caderousse and his former captain Morrel. Dante then begins is revenge plan as the Count of Monte Cristo, who first appears in Rome. He meets Baron Franz d’Epinay and Viscount Albert de Morcef, son of Mercedes and Fernand. Dantes hacks a plan to get Albert fake kidnapped by local bandit Luigi Vampa and then fake rescued by the Count. Trust is established and the plan continues.

Dantes moves to Paris and sets his sights on Danglars. Dantes leads Danglars into financial ruin through bad investments and manipulation of the bond market. Dante ruins Fernand by exposing his past scandals with help from Fernand’s past victims. Dante ruins Villefort’s life by manipulating Villefort’s wife to poison Valentine, Villefort’s daughter, for inheritance purposes. Once his revenge plan is complete, Dante leaves his fortune to Maximillian, son of Morrel, and lives happily ever after with Haydée, the woman he rescued from Turkey.

The Count of Monte Cristo is a thrilling novel. Dumas does a great job setting up the story to suck you into the world of 19th century France. The way he developments each character is priceless. You come to know each and every character so well it’s as if you’ve known them all your life. Each layer of the antagonists that gets peeled off causes your heart to race. He also brings the question of revenge into the spotlight and a bright spotlight indeed! The story causes the reader to wonder, “how far is too far?” You imagine there’s a fine line between vengeful and evil and Dante walks on that line more than once. Do the good deeds, such as paying for Morrel’s debt, overpower his strategic manipulation to ruin his enemies in the eyes of the karmic forces?

I absolutely loved this novel. It is a novel I will read again and again. The fact that it was a gift from someone I loved makes it all the better. Thank you again Russky!