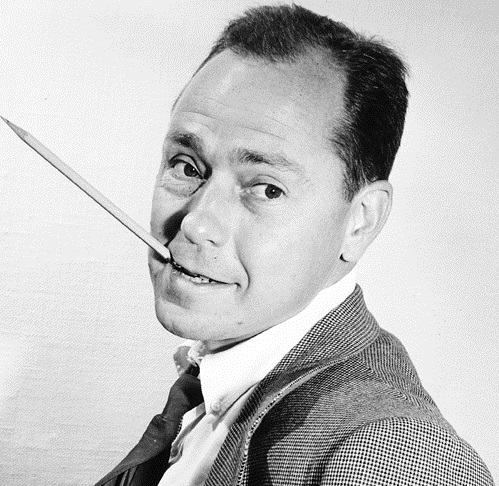 I was reading an article from Country Living on the film Breakfast at Tiffany’s the other day. I had some vague idea who Johnny Mercer was, so I decided to do a little research project on him.

Mercer was born in Savannah, Georgia on November 19, 1909 to a prominent attorney and a daughter of a Croatian immigrant. It’s been known that Mercer’s family tree is chock full of war fellas. He is the distant cousin of George S. Patton, known best as the leader of the US Third Army post-Normandy in World War II. On his father’s side runs Confederate General Hugh Weedon Mercer, the great-great-grandfather who built the Mercer house in Georgia, though he never finished it. Before him comes a Scottish soldier-physician who served as an American Revolutionary War General, Hugh Mercer. On his mother’s side, Mercer’s grandfather ran a Union blockade during the American Civil War. All these connections to military and war provides a clear picture to his inspiration for creating and performing the 1944 hit “G.I. Jive”.

Mercer moved to New York City in 1928 when the jazz age was booming in areas like Broadway and Harlem. He lived out as a starving artist in Greenwich Village before pairing up with Hoagy Carmichael in 1933 to create “Lazy Bones”, which according to both Mercer and Carmichael, only took 20 minutes. The song became a hit one week after it aired on the radio waves. It is said they made $1250 off of it on royalties (for point of reference, after inflation it’s $23,511.92 in 2017 money). He became a recognized brother of the famous Tin Pan Alley, a group of musicians and songwriters that resided on West 28th Street between Fifth and Sixth Avenue during the early 20th century.

Unfortunately, the movie business was hitting it big in the 30s, decreasing the demand for revues and stand alone songs, which was Mercer’s specialty. Movies and musicals required songs that emphasized the plot, lighten or darken the mood, and create a deeper level between the characters, the surroundings and the audience. Mercer was no fool. In 1935, he followed the money (and Bing Crosby over to Hollywood.

In 1936, inspired by a road trip through Texas (eyyyyyyy!), Mercer wrote “I’m an Old Cowhand (from the Rio Grande). Crosby sang this in Rhythm on the Range. The ironic part is the fact he wrote this on his way back to Georgia from failing in Hollywood and Hollywood ate every lyric up, despite the fact the song had some satirical jabs at Hollywood. This bankrolled his career and he returned to the Hollywood scene.

The 1940s was a major success for Mercer. In 1942, Mercer co-founded Capitol Records (yes, the Capitol Records) with record-store owner Glen Wallichs and investor Buddy DeSylva. Wallichs was the brains, DeSylva was the guy who gave the $15,000 check as start-up capital, and Mercer was the visionary, handling the artists. Four years later, Capitol sold 42 million records and cemented its reputation as one of the “Big Six”.

The 1950s brought rock’n’roll to the public. People like Chuck Berry and Elvis dominated the radio waves. This cut Mercer’s audience and opportunities to showcase is jazzy/blues talent. This didn’t stop him though. He continued writing songs for MGM and wrote a few for Broadway musicals.

The 1960s was a shining light for Mercer. In 1961, Mercer’s “Moon River” was written and performed on Breakfast at Tiffany’s. You know the scene: Audrey, wearing a white towel wrap on her head, sitting on her window sill next to a fire escape, lazily singing while playing the guitar. For years people believed “Moon River” referred to the Hudson River. Turns out it refers to a river in this South! The song was a nostalgic trip to Mark Twain’s visions of the Mississippi River. It definitely fits the film considering Holly Golightly is really a Southern girl.

In the same year, Mercer also wrote lyrics for Days of Wine and Roses with the help of his partner, Henry Mancini, who also assisted with composing “Moon River”. The duo won Oscars back-to-back for Best Song, the first time in Oscar history.

The rest of the 1960s consisted of writing songs for the greats such as Tony Bennett (“I Wanna Be Around”) and Frank Sinatra (“Summer Wind”). The 1970s was a slower time for Mercer. In the mid-1970s, Mercer was diagnosed with an inoperable brain tumor. He died on June 25, 1976 in Bel Air. He’s buried in his hometown, Savannah, Georgia. 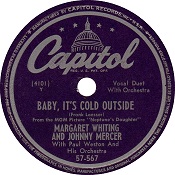 Mercer was a creative fella. He wrote what he knew and when the industry changed, he adapted in a snap. He wasn’t a sellout. He was an artist who drew inspiration from his surroundings. Personally he had some tough times, partying too much and all that, but he never truly strayed away from the beats and sheet music.