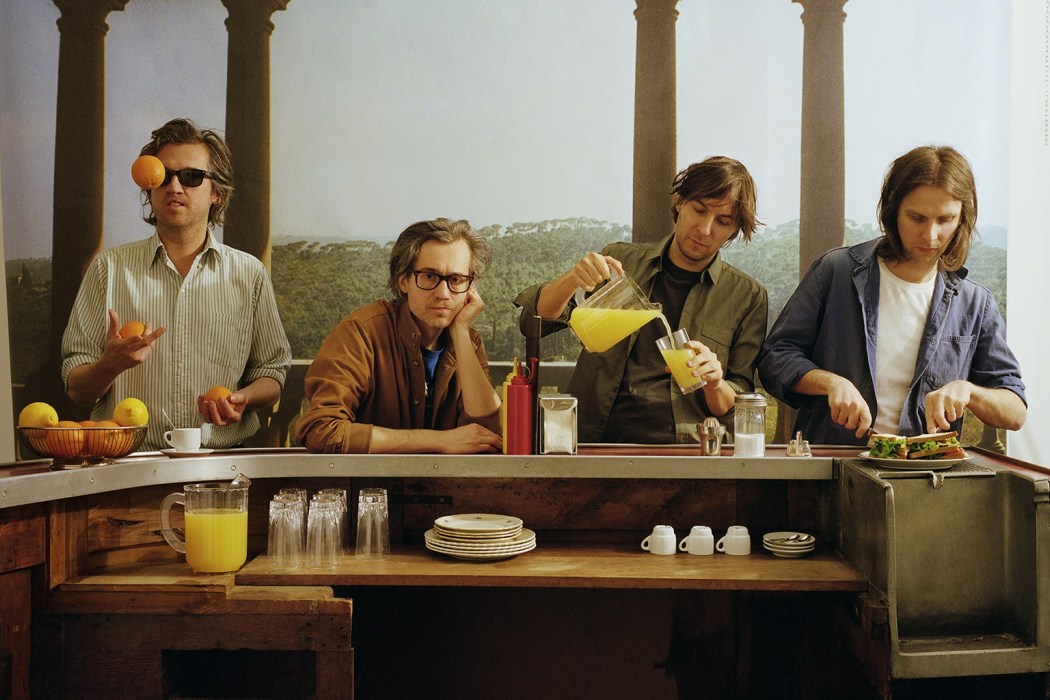 It’s always a good day when Phoenix, the indie pop (or as the NYT calls it, “disco-rock”) band from France, releases new music. Their sixth album, Ti Amo, comes out on June 6 and their latest single from the album, “J-boy” was release this past week.

They spend years and years crafting new music. Their last album, Bankrupt!, came out in 2013, in time for that year’s ACL fest (I still have the super blurry, static-y video of “Entertainment” my friend sent me). The album before that, Wolfgang Amadeus Phoenix, came out in 2009. They are not strangers to the philosophy that quality is better than quantity.

You’re probably wondering, “What does J-boy mean?”. I spent a good day wondering about it too. J-boy is an acronym for “Just because of you”, which is sung in the chorus.

On the surface level, it’s pretty easy to tell it’s a dreamy love song. As you get deeper into it, it’s not just happy happy joy joy love, but more of a fanciful, fresh way of questioning what keeps people in love while almost analyzing the ups and downs of love. You can hear it in tone where it goes from dreamy elation as Thomas Mars, Phoenix’s frontman, sings the story of how it all started. As the song goes on into the third verse, the personal story is taken out of the picture, replaced by the melancholy of a bigger picture of the generalized world. In the fourth verse, it shifts back to that personal story. I took it as a bit of nostalgia not necessarily because the people in the story are broken up but nostalgia for how new and fresh everything was in that moment.

The song could be about Mars, Phoenix’s frontman, and his wife if you want to look at the versus involving the personal stories. Some of these stories, like the store, the Masquerade Ball and the time they laughed, seem way too specific to be generalized.

Or possibly the band and their sound? The chorus provides potential backup:

Just because of you

These things I have to go through

Just because of you

These things I have to go through

It’s more than that, we’re chained

And there’s no one else to blame

The fact Mars questions it being so bad and true makes it seem like he is questioning his own sound. You could also go with the lyrics in the first verse:

Something I was stealing for no reason at all

They hang me higher than a disco ball

But you talked them into letting me go

Could it be letting go of the old sound? It ain’t as geometric as a Picasso nor as grand as a Michelangelo. It ain’t perfect but it’s Phoenix. It’s their sound. It’s their music. It’s their way of trying and creating new things.

There’s also the NYT profile on Phoenix that provides some evidence. In the New York Times, Mars goes on to say he was bored with his voice, hence the change in sound with “J-boy”. It’s a half-sung, half-rap with some rhythmic beats that sound like a sci-fi romantic 1970s disco. As I mentioned early, it’s fanciful and fresh.

Love the song. Can’t wait until their album comes out to see if they continue with the new sound.

Check out the song and comment your thoughts on “J-boy” below!